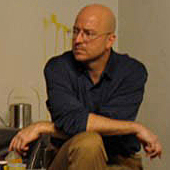 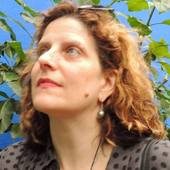 Catherine has served as creator, producer, writer, director and/or performer in 100+ site-specific plays and performance events for Peculiar Works Project. She has performed leading roles in many Peculiar Works productions, including Can You Hear Their Voices?, OFF Stage: the East Village Fragments and West Village Fragments, Barry Rowell's Floydada, It's Good Enough For Me and Freiheit Makes a Stand, S.M. Dale and Rowell's 3Christs, Dale's Privileged & Confidential, Marina Shron's Mitya's Ordeal, and Ruth Margraff's Gat Him To His Place, among numerous others. She has acted with such Off-Off companies as La MaMa, Concrete Temple Theatre, Flux Theatre Ensemble, The Forge, Aisling Arts, Theatre Askew, and TOSOS; and appeared Off Broadway in Mac Wellman's OBIE Award-winning play, Crowbar. Catherine's alter ego is Director of Development for Dixon Place, where she has also performed duties as Interim Executive Director, Assistant Director, and Director of Finance. Previously, she served as Coordinator of Individual Giving and Special Events for HERE Arts Center in NYC, and Ticket Office Manager for Casa Mañana Playhouse and Summer Musicals in Fort Worth, TX. She is a member of Actors' Equity Association and the League of Professional Theatre Women, and serves on the boards of the Alliance of Resident Theatres/New York and Concrete Temple Theatre. Catherine was named one of the 2010 People of the Year by nytheatre.com. 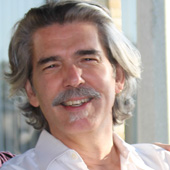 Barry has written or directed several PWP original productions, including Floydada, Manna-Hata, Nobody Brings Anything Small into a Bar, Hallie Flanagan's Can You Hear Their Voices? (co-directed with Ralph Lewis), 3Christs (co-written with S.M. Dale), It's Good Enough for Me, Freiheit Makes a Stand, and Before I Wake. With partners Ralph and Catherine, he created the OBIE Award-winning OFF Stage: the West Village Fragments and its companion, the East Village Fragments. With Catherine Porter and Gabriel Shanks, he developed the promenade perforamnce event, Imagining America, which was part of the Varna International Festival in 2014 and was remounted at the New Bulgarian University in March 2016. He is one of eleven playwrights who each adapted one of the eleven tablets that make up the Sumerian epic, Gilgamesh, for The Forge performance group. His play Floydada was a finalist in the 2011 Texas Playwrights Festival; his Before I Wake was presented at Theatre of NOTE in Los Angeles, and his 10-minute play, Dialogue in 3 Parts, was a finalist in the Creative Mechanics' inaugural Stage This! festival and is available in the published collection on amazon. Barry directed S.M. Dale's Privileged & Confidential at the Los Angeles Theater Center as part of bi-coastal video conference performance with actors in both L.A. and New York City; Ruth Margraff's Gat Him to his Place at HERE arts center; and Kurt Weill's opera The Protagonist at Lincoln Center's Avery Fisher Hall for the American Symphony Orchestra. He is a graduate of Texas Christian University and studied postgraduate theatre history and criticism at the University of Texas at Austin.

Board of Advocates and Recent Donors

The people who help us make the magic

Top: IN PRAISE OF FOLLY, 2004. Photo by Stefan Hagen.
Above: Carrie McCrossen and Christopher Hurt in CAN YOU HEAR THEIR VOICES?, 2010. Photo by Nikolay Svirodchik.