Join us for a post-performance discussion about Dada and its impact on art and performance through the 20th century and into the 21st century. Led by DOROTHEA DIETRICH (author, The Collages of Kurt Schwitters: Tradition and Innovation), with JOHN VICK (Collections Project Manager and co-curator of "Marcel Duchamp and the Fountain Scandal", Philadelphia Museum of Art), ALEXANDER KAUFFMAN, (author, "Faire un Cinéma": Marcel Duchamp and the Moving Image, UPenn), and DANIELLA VINITSKI (educator, playwright and director with an emphasis on contemporary devised performance). Find out why a century later, Dada continues to influence artists today. Complimentary refreshments will be served!

The Fifth Side at the Maas Building
1320 N. 5th Street, entrance through the garden (map it)
Tickets available at fringearts.com
Get more information on the production on this page. 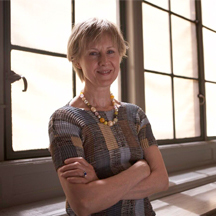 DOROTHEA DIETRICH is an art historian, specializes in modern and contemporary art, with a focus on German art, cultural history, and aesthetic theory. She received her B.A., M.A. and Ph.D. from Yale University. She was a professor of art history at Princeton University and held visiting professorships at MIT, Washington University in St. Louis, Duke University, Boston University, Bryn Mawr College, and the Smithsonian Institution. She has also been Curator or Prints and Drawings and Director of the Morse Research Center for Graphic Arts at the Zimmerli Museum at Rutgers University. During the last ten years, Dietrich, as Professor and Chair of the Department of the History of Art and Design at Pratt Institute and earlier as Chair of Arts and Humanities at the Corcoran College of Art and Design has sought to expand the curriculum with new interdisciplinary and interdepartmental initiatives with various studio departments.

Dietrich is the author of The Collages of Kurt Schwitters: Tradition and Innovation (Cambridge University Press), and curator and author of German Drawings of the 60s (Yale University Art Gallery and Art Gallery of Ontario). She has contributed many essays to exhibition catalogues and journals in the United States and abroad, including essays on Hannover Dada for the traveling exhibition, Dada. Zurich, Berlin, Hannover, Cologne, New York, Paris (Centre Georges Pompidou, Paris; National Gallery, Washington, DC; MOMA, New York) and to The Oxford Critical and Cultural History of Modernist Magazines, v. 3, Peter Brooker, et al., eds.. Her work has been supported by various grants, including an NEH grant and the American Council of Learned Societies, as well as a Senior Research Fellowship from the Henry Moore Institute. She has lectured widely in the United States, Canada and Europe; she was also a Contributing Editor to Art on Paper and Critical Matrix. 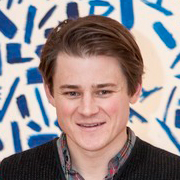 JOHN VICK is the Collections Project Manager at the Philadelphia Museum of Art, where he has curated and contributed to numerous exhibitions and publications over the past ten years. His work has focused mostly on modernism in Europe and the United States, especially the Museum's renowned Marcel Duchamp collection, but has also covered non-Western, self-taught, and contemporary art. Among other projects, he currently manages the planning of new galleries of historic American fine and decorative art opening in 2020 as part of the Museum's Core Project.

John was born in Philadelphia and grew up in its suburbs. He studied art history and painting at Boston College and received a M.A. in art history from the University of Pennsylvania. Prior to his current position at the Philadelphia Museum of Art, John worked as a graduate lecturer at the Institute of Contemporary Art and as a registrar and gallery assistant at the Fleisher/Ollman Gallery, both in Philadelphia. 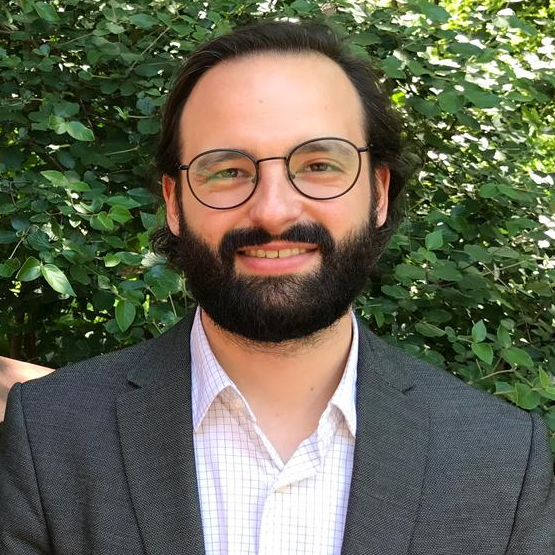 ALEXANDER KAUFFMAN is a lecturer in the history of art and cinema studies at the University of Pennsylvania. His research focuses on the shared histories of modern art, media, and exhibition. He holds a B.A. summa cum laude from New York University and an M.A. and Ph.D. from the University of Pennsylvania. He was the 2013-14 Andrew W. Mellon Graduate Fellow at the Philadelphia Museum of Art, where he curated the film and speaker series for the museum's exhibition "Dancing around the Bride: Cage, Cunningham, Johns, Rauschenberg, and Duchamp." Awarded the Herskovic Essay Prize in 2014, his writing appears in the catalogues of several recent exhibitions, including Marcel Duchamp - La peinture, même. 1910-1923 at the Centre Pompidou. His article, "The Anemic Cinemas of Marcel Duchamp," appears in the Spring 2017 issue of The Art Bulletin. 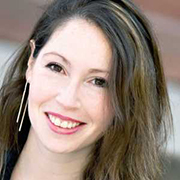 DANIELLA VINITSKI is a practitioner/scholar with an emphasis in experimental and classical work. She holds a PhD from the University of Colorado at Boulder, a Master's from Villanova where she was honored as Acting Scholar, a BFA from NYU Tisch School's Experimental Theatre Wing, and is conservatory trained in Shakespeare through the Royal Academy of Dramatic Art in London. At this time, Daniella has two chapters slated for publication through a Routledge Press anthology dedicated to physical theatre dramaturgy and is composing a book review of Dramaturgy in Motion: At Work on Dance and Movement Performance for Theatre Journal. Daniella's two chapters include excerpts from her manuscript, Field of Mars Revisited: the Opera/Installation/Performance of GAle GAtes et al., and an interview with USA Knight Fellow and Pig Iron co-founder, Quinn Bauriedel. GAle GAtes operated out of its 40,000 square foot warehouse in DUMBO, Brooklyn during the late 90's and has been credited by scholar Marvin Carlson as the true innovator of the immersive theatre approach. Field of Mars Revisited is a narrative account of company formation and major works seen through the lens of the avant garde. As a theatre researcher, she has presented and been invited for participation at the Association for Theatre in Higher Education, the Colorado Shakespeare Festival American Play Cycle Conference, CUNY Graduate Student Conference, the Mid-American Theatre Conference, Philadelphia Theatre Research Symposium, The University of Colorado at Boulder Cross-Disciplinary Conference, and Counterpath Press, and her work has been published through peer-reviewed journals such as The International Journal of Performance Art and Digital Media (IJPADM) , Ecumenica Journal and Emergency INDEX.

Daniella is also a recognized director, playwright, dramaturg and educator, and has taught in Philadelphia, Colorado, and the Caribbean. She is the recipient of various awards in recognition of scholarly and creative work, including a Boulder County Arts Alliance award for the direction of Carnivals and Snowstorms, a devised multi-media production concerning the liminal space of dreams and memory, and a recent feature through Cambridge University Press, who describes her work as "lovely, lyrical, and thought-provoking." At this time, Daniella is resident playwright for Barrymore-nominated Iron Age Theatre and is the recipient of a generous grant from The Producer's Fund in support of this collaboration. daniellavinitski.com

...ENTHRALLING ...What is particularly exciting about this play, of course, is its complex and engaging roles for older female actors. Ada and Dalia are two very different types of strong women, and the two actresses compliment one another beautifully." — charged.fm

"...EXPECT THE UNEXPECTED... at first [the production] is nonchalant, almost in a jarring way; the payoff comes in the form of patience and the buildup is well worth the wait." — Center on the Aisle

For more information on FLOYDADA and hosting the production, please use the link below to contact Barry.

See some of our past tour productions here.

FLOYDADA was developed in workshops with Creative Mechanics Theater (NYC), Dixon Place (NYC) and by Peculiar Works Project at the Envoy Gallery (NYC). The play premiered in a site-specific production at the Merchant's Square Building in New York, March 2015.

FLOYDADA has been supported with public funds from the New York State Council on the Arts with the support of Governor Andrew Cuomo and the New York State Legislature, the City of New York Department of Cultural Affairs; with private funds from The Jerome Robbins Foundation, The Ken Glickfeld and Kris Hall Foundation, Axe-Houghton Foundation, the Mental Insight Foundation, and by the Nancy Quinn Fund, a program of the Alliance of Resident Theatres/New York. Subsidized studio space provided by the A.R.T./New York Creative Space Grant, supported by the Andrew W. Mellon Foundation.